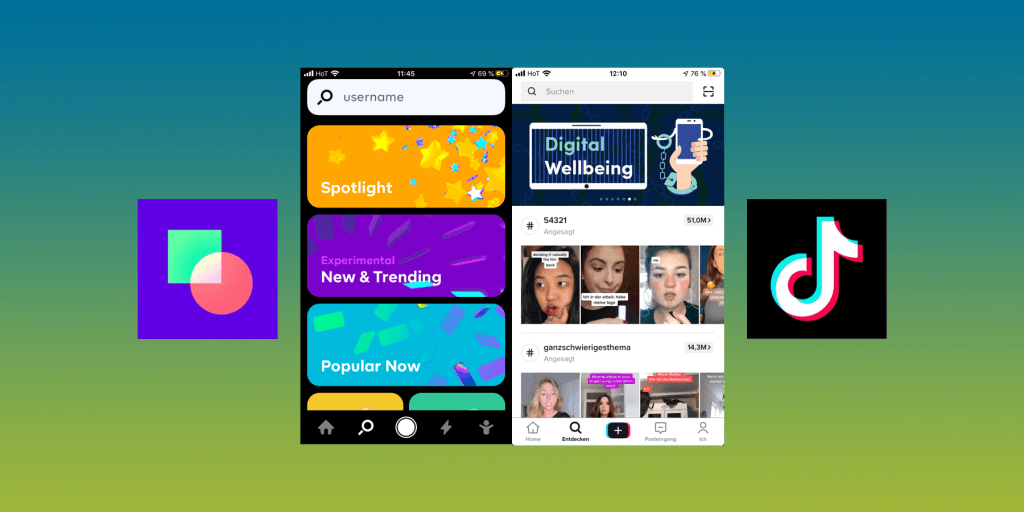 Can Byte Take On TikTok? An App Review And Comparison

Byte was created by Dom Hoffmann, a co-founder of Vine. Vine made short videos very popular and was bought by Twitter in 2012, but discontinued in 2016. After that, users were unable to upload new videos.

Then Tik Tok took the main stage, and the creators saw the opportunity to fill a market niche and built on the momentum that Vine had.

Dom Hoffmann wants to bring the Vine vibe back alive and launched byte.

After being available only in beta for a while, the app has finally been released to the public at the end of January.

Initially named V2, the app has rebranded itself and is now competing against TikTok, one of the fastest-growing apps ever created.

A video created on Byte

Videos created with byte can be downloaded (and are watermarked, as you can see). A video on Byte is 6 seconds, there is no way around that.

When you first log in to byte you are already greeted with short videos on your feed, most of which have a comedic purpose.

Under the search tab, there are several categories to choose from, to explore and find new videos. At the top, there are categories like ,,Spotlight” and ,,Popular Now”, showing you what’s trending at the moment.

Obviously you’re able to create these videos yourself, they then will show up in your profile for your followers to see.

To create a video you have to hold down the record button and release it to stop, and pick up somewhere else. It’s very simple to use and the user is also able to upload saved videos and to add captions.

Likes and comments are displayed beneath the videos and visible for everyone, but followers are hidden.

How it compares to TikTok

The idea of byte and TikTok is generally the same: creating short videos with often a comedic purpose, having followers, likes, and sharing those videos with friends.

But a few differences can be spotted when looking at details.

On byte you can create videos only up to 6 seconds in length, meanwhile, TikTok allows for videos to be 1 minute long.

Followers on Tiktok are visible to everyone, meanwhile, byte hides them. There’s also a few differences in the search options, TikTok displays hashtags with new trending topics or challenges for the user to discover new content, Byte packages it all in different categories like Comedy or Experimental.

Looking at the TikTok creators’ revenue, most of them make money through donations on their live streams (which are not possible on byte) or advertising products in their content.

On byte, creators will be able to get paid in the future, according to Hoffmann, through a revenue-sharing mechanism and advertisements that the app wants to introduce.

Since the setup seems quite similar, I think the main differences can be seen in content and popularity.

TikTok has been introduced as an app with a focus on music, for users to lipsync to, much like musically. Byte follows into the footsteps of Vine with actual talking going on in the videos.

TikTok has been growing very fast over the last few years and already has a lot of creators who have made a name for themselves. byte has still yet to see a major rise in popularity, with ‘’only” 780k downloads.

byte is following the popular trend of short videos, and wants to build a community-friendly place for content creators.

Time will tell, how both apps are going to evolve, and if byte will enjoy the same popularity as TikTok does or if they drift apart even further.

byte’s ability to pay its creators will be a deciding factor if the app will become a meaningful competitor to TikTok, or if it’s going to burn out just like Vine did.

Since the apps are very similar, there is no need for TikTok creators to switch to byte.

Never tried out TikTok yourself? Check out our app review.