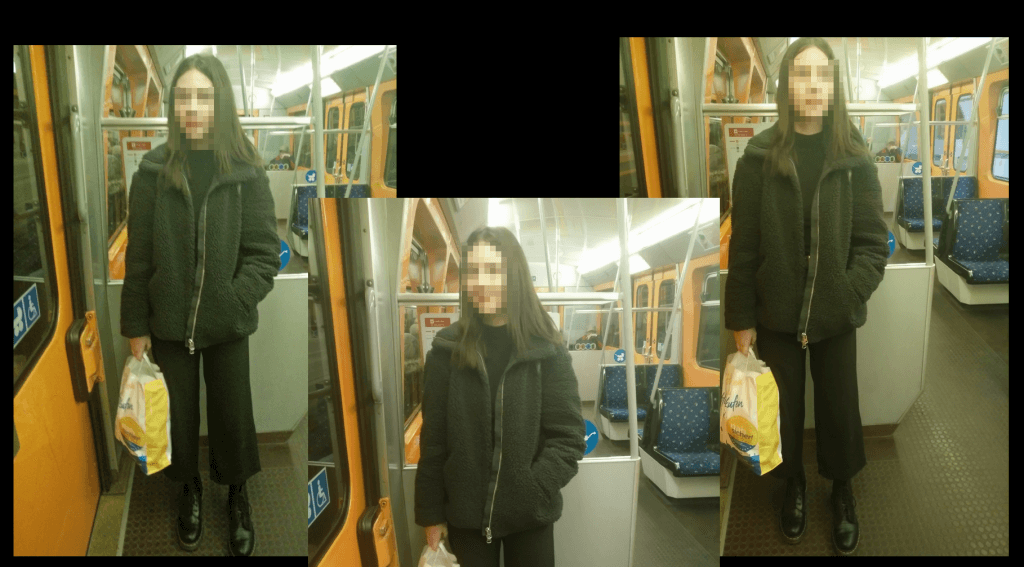 We also chatted about her smartphone usage (she turned down my idea of spending a smartphone free weekend), this chat led to this blog interview. This is the second edition of “Hanna’s perspective”, the first interview was published in August 2017.

What does your homescreen look like? What are the most used apps?

On the first page of my homescreen I have my most used apps, like Snapchat, Instagram and Whatsapp. But also music apps like Spotify and Soundcloud.

Snapchat is still your main messaging app – how has your usage of the app changed?

I don’t send as many snaps as I did two years ago and the amount of people I send snaps to has also gotten smaller.

I personally don’t look at any of the sponsored content on Snapchat and neither on any other platform I use. I also don’t think any of my friends and classmates consume this content.

Does Snap get less interesting to you?

There was a time about half a year ago where I didn’t snap for days because I got bored of the app. But I couldn’t go a lot longer than a week without Snapchat because of the lack of communication with my friends.

How do you use WhatsApp?

I installed Whatsapp mainly to be able to communicate with my classmates through groups but I also use it to chat with friends at times.

My Instagram usage hasn’t changed much since the last time we talked about this. I still don’t post a lot but I do like to browse through photos my friends posted or generally accounts I’m interested in. I also use Instagram Direct a lot more than I did two years ago.

What are the main features of Instagram you are using? Feed, Stories, Direct Messages, Insta TV?

I don’t really use the story feature on Instagram because I do prefer to post my stories on Snapchat. I use Instagram Direct the most because it’s very easy to send posts to your friends you would like them to see. I have never looked at any content on Insta TV, simply because I’m not interested in it.

What’s your opinion about Facebook? Do you or any of your friends use it?

I remember when I was about 11 years old everyone wanted to use Facebook but were not allowed to, now that we’re old enough to use it no one’s really interested in it anymore. I don’t think I know a single person who has a Facebook account.

Any other big apps which get a lot of your attention, games etc.?

Soundcloud is also a big part of our friend group since  I have some friends who like to produce music and it’s the easiest way to share it with the world. Spotify is also a music app that I and my friends use frequently.

What phone are you using, how many phones did you have already?

Currently, I’m using the iPhone 6s which is the best phone I’ve had so far in my opinion. I got my first phone when I was eleven and I have had 6 phones so far, most of them being iPhones.

You are also using Soundcloud more than Spotify, why is that?

On Soundcloud there is a bigger range of music to listen to, if a song is not available on Spotify you’ll probably find it on Soundcloud. I also like to listen to the songs my friends upload which is only possible through Soundcloud.

You are into hip-hop mostly, can you recommend a few cool artists I should check out?

Right now I’m listening to a lot of Lil Peep’s or Bladee’s music but recently I’ve also gotten into electronic music like DnB and Techno.

Last time I also asked you about Tumblr. Are you still using it and how?

I’m still using Tumblr but since my old blog got deleted because I was posting content that did no longer fit the policy of the platform. I had to create a new one, which I have had for about 5 months now. I still post on Tumblr very frequently.

What’s your opinion about y.hurn?

I have seen y.hurn live two times and the atmosphere was always very good, but I wouldn’t say I’m a fan of his music since it is very simple and the lyrics are really basic and often dumb as well. I think he produces music that people are supposed to laugh and talk about.