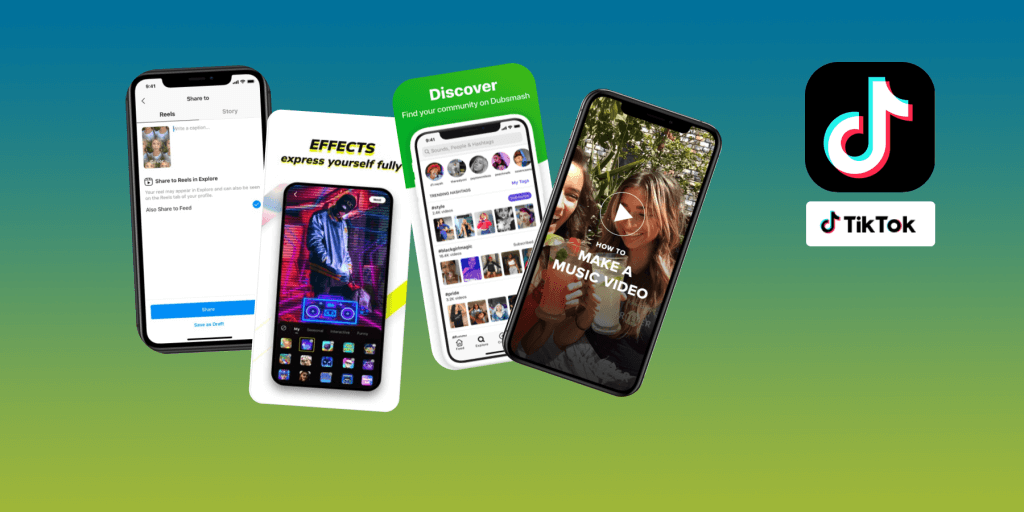 TikTok has made a lot of noise this year and has developed in a real market. But with its ban in India and all the forced deal from Trump to sell the US operations of TikTok, people start looking for alternative apps. And they have been getting some buzz recently.

Here is an overview of a few TikTok’s lookalikes:

Likee is also an app of Chinese origin, its owner is a Chinese internet company Joyy. It has managed to gain 150 million active users monthly.

Same as TikTok, it’s a video creation platform with a lot of special effects and interactive features.

Another feature Likee is fond of is the LIVE broadcasting platform since its owner Joyy was one of the pioneers in the field of monetizing live streams. An “innovating magical” platform, as the developers claim, has unique interactive gameplay and gift effects, which brings us to another point.

In Likee, unlike TikTok, it is possible to make virtual gifts, which can be monetized. This way, an influencer can start making money.

Not an independent app, but a new Instagram feature called Reels, is often referred to as TikTok’s copycat.

Instagram launched Reels at the beginning of August, and its main purpose is to create 15-second long clips with music and effects. It can be used by anyone who has Instagram application installed.

When in profile, Reels should be seen in a separate block between posts and IGTV or in the feed. When creating Reels, one can choose to share it to Reels, feed, or stories. They should also be seen in the feed called Explore.

However, it looks rather confusing and complicated. Moreover, the feature is not yet available throughout the world. For instance, it is still not launched in Austria, so we couldn’t take it for a test.

Zynn, another app for creating short videos, is also of Chinese origin and belongs to the app maker Kuaishou. It is pretty similar to TikTok, allowing users to watch short videos with music in a continuous feed.

Even though it was only recently launched, Zynn has already managed to become the most popular free app in the American AppStore, and has reached 300 million daily active users.

Unlike TikTok, but similar to Likee, Zynn allows its users to make some money. For instance, users in the US and Canada can get some money for inviting friends to the app. Users can also earn points by watching videos, and these points can be later transferred into cash.

For some reason, the app is also not available in Austria at the moment.

Another application that is now getting popular, based in Los Angeles and supported by celebrities like Lil Wayne and Snoop Dog, was launched way before TikTok back in 2015.

The app was downloaded more than 250 million times and now has about 65 million active users, but this number might go up soon, as Triller has just revealed that they now have a strategic partnership with JioSaavn, a popular Indian music app.

Triller and TikTok are pretty similar: one can easily create short videos, clips, lip-syncs, etc., and share them with others. The main difference is editing: Triller offers the help of the automated artificial intelligence editor. One can also add music from their Apple Music or Spotify account into the clips.

Oh, and Donald Trump has gotten a verified account on Triller.

It’s an older app that launched in 2014 but is still rather popular. It was founded in Germany but is now relocated to New York. Dubsmash was almost dead for a while, but it was reborn and now has one billion video views monthly.

The main purpose of Dubsmash is to create lip-syncing videos, which is also very popular on TikTok. Users can use music from the app, as well as add their own audio. It also has a number of filters and effects to make your video look special.

The clips can then be downloaded, and users can share them on other social media platforms.

After Vine died, its founder Dom Hofmann decided to launch another platform for short videos, called Byte. It was launched in January 2020 and was already downloaded more than 1,3 million times.

Similar to Vine, in Byte, people can create six-second long videos, which are then automatically looped. Right now, they’re testing the option of eight-second videos.

Byte also has the feed and explore feature, like TikTok. However, it doesn’t have as many filters and effects as TikTok does. But Byte is trying hard to stand out: they’ve announced Floaties. These are  floating 3D texts or images in your video.

What can make Byte app appealing to the potential influencers is the plan to offer direct monetization options. It also has a creator program that allows influencers to learn about app’s features or updates before everyone else.

We took this app for a test long before rumors about TikTok’s ban. You can read what we think about it here.

There are undoubtedly enough TikTok’s competitors and lookalikes on the market, all of them having pretty the same idea and similar features. Even their previews on AppStore and Play Market look like siblings, if not twins. The question, is, whether one of these apps will ever get as popular as TikTok. At the time of writing, it is unclear, who will buy the TikTok US operations and which impact it is going to habe on the TikTok community worldwide.