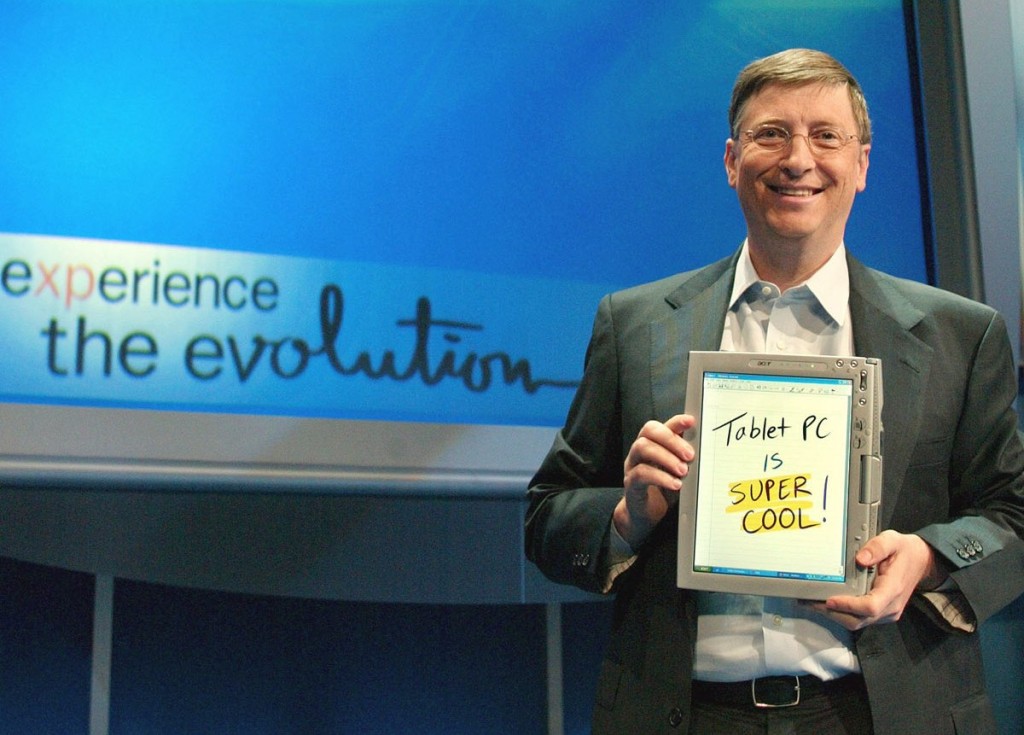 Note Taking and Collaborative Drawing with a Digital Pen

In this post I want to share a how I use the digital pen in my daily work routine and give tips on tools and links to resources I find interesting.

With the rise of touchscreens, more and more people have started using a digital pen on their digital screens. Drawing with a digital pen has gotten so much better over the last few years that no longer do only professional digital artists and designers use it but also knowledge workers in their daily routines. The digital pen itself is nothing new; Microsoft pushed the use of the digital pen as early as 2002 with the release of the Windows XP Tablet PC edition.

The market was prepared for what happens now. Second and third generation devices, like the Surface Pro series and the iPad Pro, have the right size, weight, and necessary software to provide a great digital drawing experience.

The digital pen has come a long way. I first played around with one on a Windows XP Tablet PC, a Toshiba laptop and tablet PC combination. The device was heavy and thick. Although the pen was included, I never really used it. Now, with the digital pen coming with the Microsoft Surface, I often carry one around with me but am still figuring out how I can really integrate it into my work style.

So far I have used it to:

The two tools I use are OneNote and Mischief.

OneNote is the easiest solution for digital drawings when using Windows. You can get a free version of the OneNote app in the Windows store, and all you need to get started is a Microsoft account. The first version of OneNote was released in November 2003; it already supported digital drawings, but it was used for classic note taking with your keyboard most of the time. OneNote evolved into a powerful tool for knowledge workers, allowing users to take notes with the keyboard, a digital pen, or even use video and audio recordings. It allows easy sharing and collaboration and is available as a web app, so even Linux users can use it (of course in a reduced feature set, but still…).

What I like very much is the possibility to cut out parts of a drawing, move it around, copy it, etc., which helps a less talented artist to achieve an acceptable result. Taking screenshots and drawing on them (i.e., for website reviews) is also supported out of the box. I also played around with Sketchnote tutorials, to make my notes visually appealing. I am still far from publishing them here, but here are the resources I used to get started.

I discovered this software just a few weeks ago, and I like it very much. It is more of a tool for a professional artist (available for free for both Windows and Mac), but it is attracting beginners by providing a very easy-to-use feature set. You basically draw on an infinite canvas, with the ability to zoom in and out. I also like the transparency feature allowing you to show a picture in the background. See what people have created with Mischief in the gallery MadeWithMischief.

Anondraw, Flockdraw, Doodletoo, and Cosketch (to name just a few) are tools for collaborative drawing in a browser window without requiring any app installation or account registration. They all offer a similar feature set, which is drawing together in a browser window, anonymously and with a chat function. It seems all three were created at a time when social networking was not as common, and instead of a digital pen a mouse was used to draw. From the UX and the dates on different areas of the website, I can guess that most of these tools are no longer under development. Nonetheless, they still work well. Use these tools for quick drawings you want to share but won’t need to be integrated into other tools, which could be painful; you can download pictures or screenshot them, but that’s not very handy. Of course, these browser-based tools won’t have feature sets like a locally installed client software like OneNote or Mischief, but for collaborative drawing without requiring any software tools installed or accounts registered, they are great to use in online meetings. Just start a drawing and share the link.

If you own a digital pen and want to get started, YouTube is the place to get inspired and look up tutorials on what you want to get done, be it digital painting, sketchnotes, illustrations, or note taking. The software is more advanced, and digital drawing feels much more natural than a few years ago.