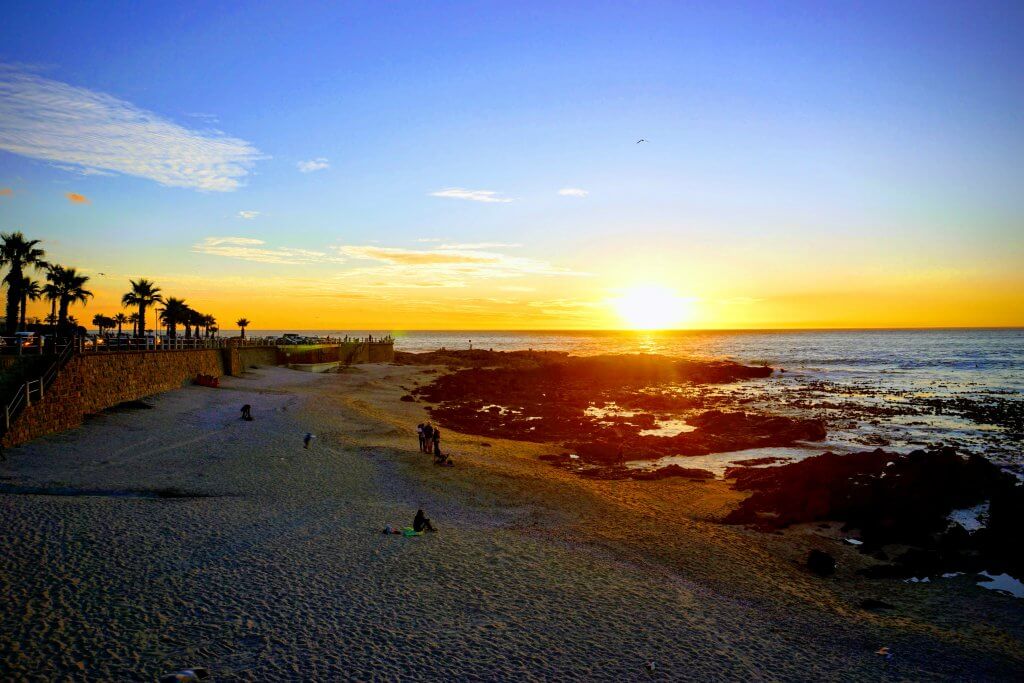 I spent four weeks in Cape Town for work and vacation (January 20 to February 20). Here are a few remarks on how that went and links to further explore some topics. This does not really fit on this blog, but the occasional off-topic post in between is okay!

You spend a lot of time in cars in and around Cape Town. Public transport is non-existent. I mean it exists, but it is not practical to use and even not recommended. If you don’t have your own car you will use Uber a lot. For the first two weeks, we had no rental car so we relied on Uber. It is dirt cheap, but someone is paying the price.

I talked to drivers and they said that there are just too many Uber cars on the road, commission on each ride is 25%. Unemployment in South Africa is high, so Uber is a welcome way of making a quick buck. Let’s say for an Uber ride that costs about 15 EUR in Vienna you pay 5 EUR in Cape Town (very rough calculation).

During my four weeks in South Africa I saw a few cabs at the airport, but in daily traffic, you do not see them often.

We stayed in 5 different apartments, all booked via . Only two times we met the “original” host. Most often it was managed by a 3rd party. This makes it a less personal but more professional experience.

air managed is a company that specializes in managing Airbnb apartments. They take a percentage from bookings but promise also to bring in more reservations. The first apartment we stayed at was managed by them and a guy walked with us through the apartment while checking off all relevant details on an app. airManaged is also logging in to the hosts Airbnb profile and messaging with guests.

Waze instead of Google Maps

Asking an Uber driver if I should use Google Maps he immediately replied I should check out Waze. It is more common, and more importantly, it warns for speed traps. The main difference compared to Google Maps seems to be that Waze also incorporates live feedback from drivers in the app and brings some gamification features with it.

Navigating around with Waze worked well, the only problem was that it drained battery really fast and my phone got extremely hot (it turned itself off once which caused some stress).

I got a SIM card with 20GB data volume (LTE) and local phone number. In most we visited I had great reception (in and around Cape Town). If you want to go into detail on phone connectivity check my blog about virtual phone numbers.

Not so good was WiFi connectivity in the AirBnb’s we stayed at. It worked, but upload was really slow. We got the typical “Have you tried turning it off and on again” from our hosts. LTE hotspot was saving me from frustrations.

For all this time in a car, you need some music to listen to. Bluetooth car audio finally works seamlessly.

You can tune in to some of the tracks on YouTube, read a review on Pitchfork, or listen to the album on Spotify.

And how is life in Cape Town?

While in Cape Town, we stayed in Sea Point most of the time. It has a laid back atmosphere. A young crowd drinking cafe lattes or smoothies, freelancers behind Macbooks, sporty people hanging out at the sea promenade. It was a welcome change compared to spending this time of the year in Vienna.

Sea Point is a safe area, and that is something that you hear people often talk about. If you check out Airbnb listings for South Africa you will find a note about safety and security for most places listed. While we never ran into any problems you can feel a tension in certain areas (i.e. Hout Bay). Public life on the streets comes to a halt at 8 PM, when it gets dark and everyone is in their apartment, behind a 2meter wall with an electric fence on top and a sign warning for “armed response”. I could never get used to that part of the lifestyle in Cape Town or South Africa in general.

While it is a ten-hour flight from Vienna it has a major advantage compared to other destinations we could reach with a long distance flight: Cape Town is just one hour off our local timezone. That makes it a perfect remote work spot for people from Europe.

Will I go there again? Definitely, but with more focus on vacation! A scenic drive on garden route and visiting some of the national parks have been added to my bucket list.